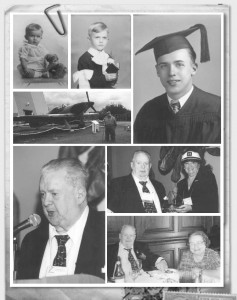 We at NAMI New Jersey are mourning the loss of our beloved Ed Von Lindern, Jr., who passed away on Saturday, September 13, 2014. “We know Ed as a strong advocate dedicated to NAMI NJ, a former Trustee and NAMI Consumer Council Representative, as well as a very special and dear person,” said Sylvia Axelrod, Executive Director of NAMI NJ, “In Ed’s memory, NAMI NJ will establish an Ed Von Lindern Memorial Advocacy Award.”

For the past 35 years, Ed had been an advocate for persons with mental illness. Ed served as a long-time NAMI NJ Trustee, and a member of the Joint Public Policy/ Legislative Committee and the NAMI NJ Central Workgroup. Ed was the Consumer Representative to the NAMI Consumer Council and has focused on issues such as mental health parity and affordable housing. Ed had also served as the Treasurer and President of NAMI Bergen County and was a member of NAMI Family Organization Bergen. Ed was instrumental in organizing a Bergen Consumer Activities Group and had served on a number of state and county mental health boards.

In 1981, Ed’s motion to elect a consumer to the NAMI National Board was passed by the 2,500 attendees at the NAMI National Convention. Four months later in New Orleans, the three invited consumers, including Ed, met with the NAMI Board and established the Consumer Council.

Ed was the recipient of NAMI NJ’s 2010 Governor Codey Mental Health Champion Award for his long-time devotion and distinguished contribution to the mental health community.

Ed was both a family member and a consumer. Retired from a career in industrial engineering, he had enjoyed his other interests, which centered around his church, Bible study, and work with seniors and impoverished individuals.

A celebratory mass was held and attended by many on Tuesday, September 23, 2014 at Our Lady of Perpetual Help in Oakland, NJ.